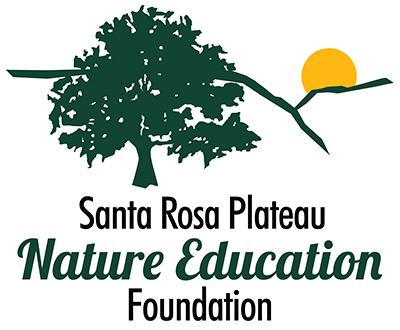 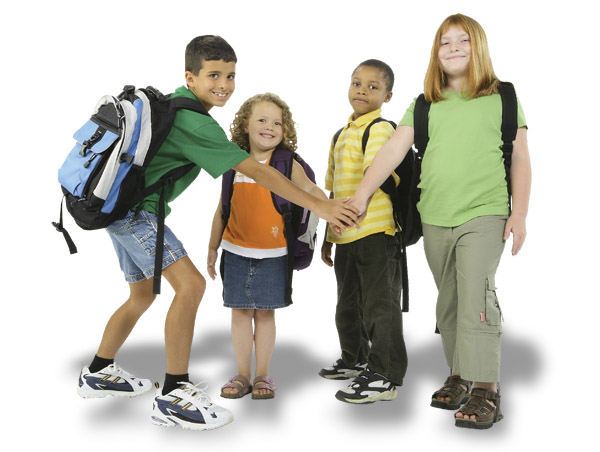 Beginning in 1997 until 2004, a third grade outdoor daily field trip program to the Santa Rosa Plateau Ecological Reserve was funded by a $90,000 grant from the Metropolitan Water District. Approximately 4,000 students were being served from six school districts that were within the District’s service area. The program was implemented by the Riverside County Regional Park and Open Space District (RivCoParks) who was responsible for visitor services at the Reserve. Program content, volunteer and Docent training was, and is, managed by the RivCoParks site Naturalist.

In 2002, the water district informed RivCoParks that the grant would end in 2004 and thus the costs for the program would then be the responsibility of the school districts/classrooms and/or RivCoParks.

Concerned Reserve volunteers and Docents approached RivCoParks to propose the forming of a non-profit to fundraise and sustain the program by committing to half ($45,000) of the original grant. As a result of that discussion and subsequent partnership, May 1, 2003, SRPF was officially formed as a California 501 (c) 3 non-profit. Marvin and Bill Trotter wrote a check for $200 so we could open a checking account and Dr. Frank Ellis paid for one year’s 800# phone line. RivCoParks provided an area in the Visitor Center conference room for a corner office.

In 2004 the first fundraiser, a garden tour, was proposed by a local residents Lou Ann Schrock and Gidget Thompson and continued for 15 years as its signature event. The $45,000 annual commitment has been fulfilled every year, even as programs were added and the annual operating budget increased.

As the Board of Directors grew and the fundraising became more diversified, so did the mission and the management of the organization. The Board began discussing how to increase the number of school districts and classrooms, how to reach older students, and develop nature education programs that would have an impact on a child’s development as an environmental steward. To that end, in 2010 significant changes began taking place: more defined policies and procedures were developed, a transition from a Board that was handling all the work of the organization to a staff model separating out the day-to-day operations from the fiduciary and organizational oversight, Board standing committees were instituted, bylaws were reviewed and updated and the mission was refined.

In 2013, the founding member of SRPNEF, Ginger Greaves, resigned from the Board. She was then asked by the Board to serve as part-time Executive Director. Clerical administrative support was provided by interns from Mt. San Jacinto Community College and in 2014 a part-time Administrative Assistant was hired. A new signature event, the Santa Rosa Plateau Summer Concert Series, was added to the annual Santa Rosa Plateau Art Show. This very popular six-week series has become a must-attend, sold-out event, every summer.  At this time, the SRPNEF membership program became fully developed providing members with special member benefits from access to the Reserve and discounts to SRPNEF events.

In 2016 a “Scholarship for Graduating Seniors” program was developed in conjunction with Murrieta Dollars for Scholars. High school seniors who participated in SRPNEF’s programs, including the Habitat Studies and Restoration Program, and who pursuing studies in the environmental sciences are invited to apply for $1,000 scholarships.

The year 2017 brought national and local recognition of SRPNEF’s work with the awarding of the distinction of the “Outstanding Support Group in Support of Environmental Education” by the National Association of County Parks and Recreation Officials, and was named Non-Profit of the Year by the Murrita/Wildomar Chambers of Commerce. This year also marked the evolution of three important committees to serve as “quasi departments” of the organization. Under the umbrella of Board oversight, with implementation by the Executive Director, three Member Action and Advisory Committees (MAAC) were designed to review and recommend, specific work and policies associated with Asset/Fund Development, Education Programs, and Membership/Marketing.

The years 2019 and 2020 brought significant challenges for the organization due to the Tenaja Fire and the onset of the COVID-19 Pandemic. With schools and the Reserve closed down, SRPNEF rose to the occasion and provided new forms of nature education support with the development of a media strategy including distance learning videos and a YouTube channel.

SRPNEF provides all programs at no cost to participating classrooms.

Send us an email, give us a call, or come see us.

Our free hiking app has lots of cool features: